A collection of mathematical rhythms played on pieces of wood. More details may be found in the percussion section.

A large scale work expanding on the concept of the earlier piece Counting Languages; seven voices count to seven in about 30 different languages from all over the world. Each piece explores a way of counting as well as a language sonority, giving birth to a new musical form.

Didier Aschour, of the Dedalus Ensemble: `Counting to Seven relates to sound poetry, minimal music and mathematical processes, but what emerges from the work is a moving celebration of human invention in all its singularity and universality.’

A collection of about 10 scores is available. Ensembles wishing to perform Counting to Seven in some way should write to us for permission. We will only ask royalties if performances are long and/or in prominent situations, but we will be pleased to give advice to all.

A difficult piece for a talking and singing juggler, who normally doesn’t drop balls but eventually will. About 15 minutes, 12€. 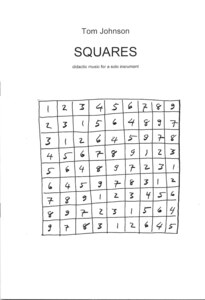 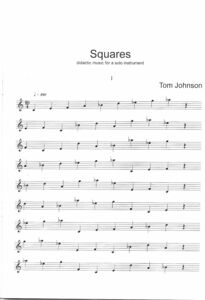 Each of the eight sections consists of 9 phrases of 9 notes. These formations are musical equivalents of what are known as Latin Squares, a phenomenon first explained by Leonhard Euler. The music allows you to hear lovely symmetries, all notes equally frequent and to learn something about Latin squares at the same time. Duration about 10 minutes, 10€.

Harmonies derived from block designs for flexible instrumentation with lots of explanation. Play as long as you want. 15€.

One person counts to five on several levels. Open duration, 5€.

Baritone sax, guitar, and bass make their way through 20 different musical fragments, following signals called out by the leader. Usually about 10 minutes, 5€. 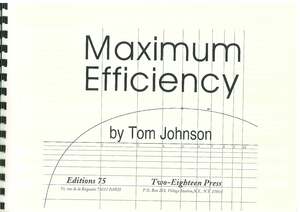 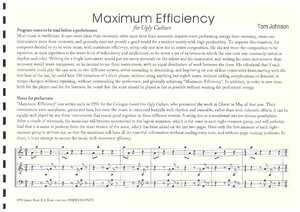 Three unspecified instruments in three octaves produce as much music as possible with as little effort as possible, thus achieving “maximum efficiency.” The most efficient interpretation we know of was by Dortmund New Music Ensemble, with only four pieces of bamboo. Seven minutes, 14€. 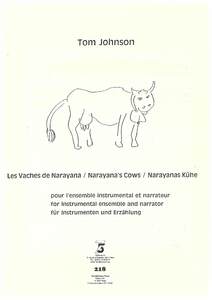 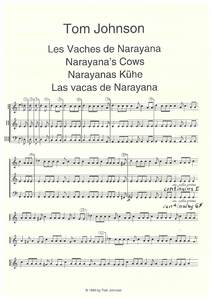 Narayana’s Cows are the product of a formula devised by a 14th-century Indian mathematician. Music in three voices for an unspecified (but preferably large) ensemble and a narrator. 16 minutes, 8€.

There are 120 permutations of five notes to play with bells or glockenspiel, and a question to be asked after each one. The text is given in English, French and German, and the piece lasts 25 minutes. 10€.

Music and Questions was originally broadcast on ABC Radio programme “The Listening Room” and it was included in the Gamma / The Listening Room CD with three other pieces. Published by ABC Classics — 1994 [4797602], out of print, but available here as a recording of the broadcast.

Also released in a World Edition record with Carol Robinson, Dante Boon and Tom Johnson himself. 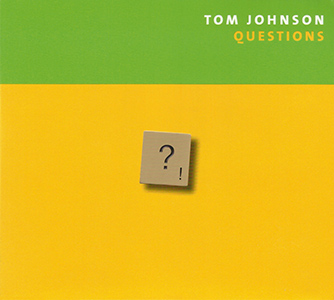 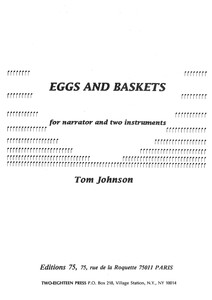 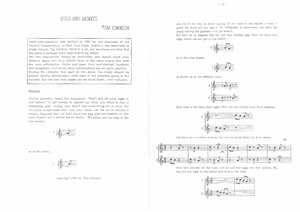 One explains how many ways there are of putting six eggs into two baskets, with the help of a narrator and two unspecified instrumentalists, who play the permutations as melodies. Also published in French as Les oeufs et les paniers, and in German as Eier und Körbe. 12 min, 8€. 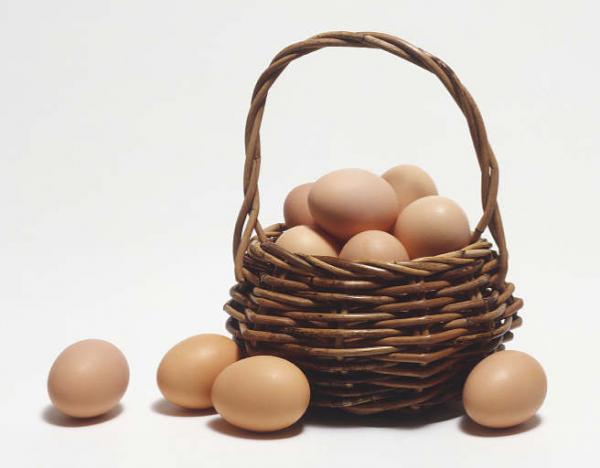 A young pianist can play a particular exercise 216 times in a single practice session of 45 minutes. How many times can he play the exercise in one minute?

This and 13 other “piano problems,” originally presented as a radio piece with producer Kaye Mortley, may also be resolved by pianist and narrator in concert hall in 28 minutes. 15€. 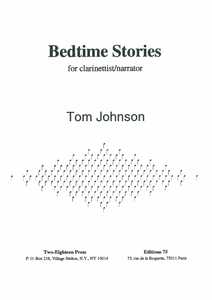 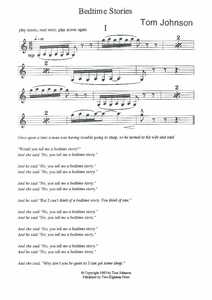 Twelve pieces for clarinet and narrator, or clarinetist/narrator. Also available in French as Histoires à dormir debout, and in German as Gutenachtgeschichten. 14€.

Available on CD in a Spanish version

A dialogue between two speakers, A and B, who talk mostly about talking, with regular interludes of harpsichord music. A French version, known as Parler, is also available since 1993.

Originally a radio piece, but also possible in concert. 30 minutes, 15€.

Eight notes are written on eight cardboard boxes. The “box mover” places the boxes in different positions while two to 10 unspecified instrumentalists play what they see. 20 minutes, 8€. 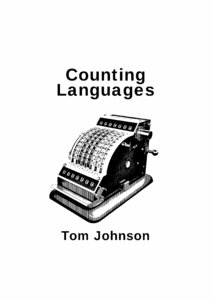 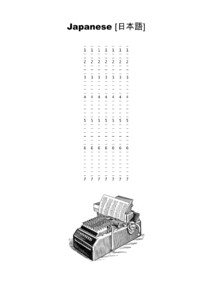 An early piece of counting music (see also Counting Duets below) that was only made available in 2014 thanks to the recent edition compiled by Javier Ruiz.

As a curiosity rather than a reference, performances in some of these languages by the composer are available as audio files. 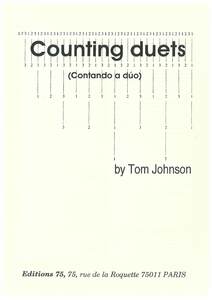 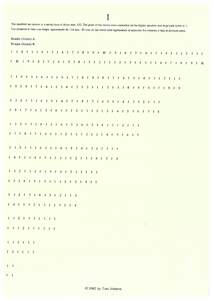 Five movements, two speaking voices, text in numbers. One may speak the numbers/music in whatever language one wishes. 8 minutes, 8€.

A tubist talks to and plays with his instrument for seven minutes, in English. 8€. 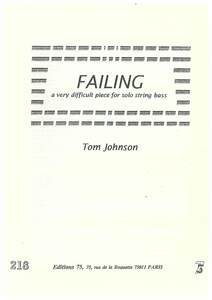 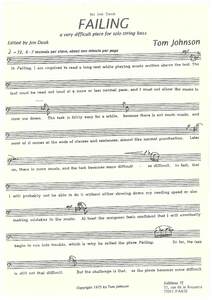 One of Johnson’s most often performed pieces, written for Jon Deak, and also interpreted by Bertram Turetzky, Gary Karr, and many other virtuosos. 7 minutes, 15€.

CD recording available: Performed by Robert Black and included in Bang on a Can: LIVE Vol. 1

Scene For Piano And Tape

The pianist talks and plays with his collaborator, a loudspeaker. A performance tape, made by the composer in 1969, is available, but it is preferable to make a new one, with the performer’s own voice and piano playing. Score in English, 20 minutes, 8€. 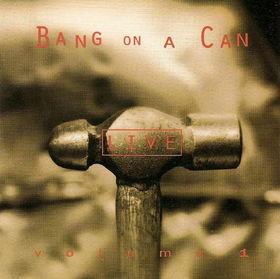